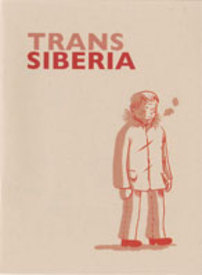 Tom K. has - in addition to his day job - been industriously producing intellectually challenging comics, both for respected anthologies, most notably MOME (we direct interested readers to MOME 11, where his Ballardian gem, "Million Year Boom" first appeared; it was later collected in America's Best Nonrequired Reading 2009) and for his own imprint, Robot26.  Growing up behind the iron curtain in Poland before emigrating to the US as a teenager gives his work a perspective fairly unique in contemporary comics.  K. Takes a rigorously analytical approach to narrative, and in the four Trans comics here – each of which is a 16-page mini-comic – he applies his spotlight inward in an effort to deconstruct his psyche and it's motivations.  These are auto-bio comics unlike any others.

This item belongs to the categories: Small Press Comics, Handmade
You may also enjoy these related titles: