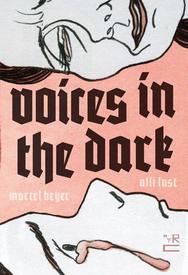 The hotly awaited new graphic novel by Ulli Lust has arrived! Voices in the Dark is her full color comics adaptation of Marcel Beyer's novel, The Karnau Tapes.  Set during the late Nazi era, the novel focuses of the family children of Goebbels, and on one child in particular, Helga.  There is a good review of The Karnau Tapes, written upon the occasion of its 1997 release in English, here.   Helga eventually turns for solace to the titular sound engineer, Karnau, whose particular genius was employed to advance the cause of the Reich, but now turns inward as it collapses. Intriguingly, Voices in the Dark works to translate into the visually oriented medium of comics a work the central metaphor of which involves audio technology.  Ulli Lust is up to the task.  A timely release.

How I Tried to Be a Good Person

Today Is the Last Day of the Rest of Your Life