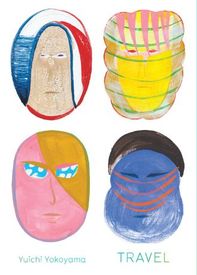 Anyone wanting to see truly original, ground-breaking comics work need look no further than this unassuming volume.  It may not seem like much sitting there on the shelf, but once you open it up and let its contents pour out as you pore over its pages you will find yourself taken out of your body and travelling to realms of mind over matter, racing at a pace you didn't know you were capable of.  Travel is a comics tour de force that will accelerate your ratiocination and have your mind firing on all cylinders.

A very strong rhythmic component was already evident in Yokoyama's work in the short pieces collected in New Engineering.  With Travel, a single piece of almost 200 pages, the rhythm has been intensified and become an indefatiguable beat that gives the impression that it might just be the pulse of the world.   Every motion, no matter how mundane -- from the turning of one's head, to the stubbing out of a cigarette -- is rendered with a dynamism and a sense of urgency that focuses the reader's attention in a startling way and serves to bring alive every instant; "never a dull moment," indeed.  (And, speaking of rhythm, this is a work that is surely meant to be read with ipod firmly attached, blasting lengthy, multi-layered dance remixes of elliptical electronic tracks, so send us your suggested playlist.)

Movement through space and movement through time are equivalenced in powerful new ways by Yokoyama's dramatic employment of the the comic book panel as a unit of time.  This is effected, in part, by his explicit use of the comic book panel as a window.  In Travel the "window" of the comic book panel is unequivocally doubled as the window of the train on which the protagonists travel.  These windows in turn often function as mirrors -- sometimes full, sometimes partial, depending on the lighting circumstances, in which the protagonists reflect and are reflected, figuratively as well as literally.  This doubling of windows is further -- and diegetically -- reinforced by a multiplicity of windows that make up a primary component of that which is seen, and wherein reside others looking out while both the reader and the protagonists look in.  Many of these "other" windows are part of passing trains or cars, which are themselves in motion --retrograde for the most part, but occasionally pacing in parallel and/or prograde as well -- creating a very strong sense of the world as an intricate, vastly complex machine of which each and every one of us is a piece that is playing a designed and seemingly predetermined part.

As Jiro Taniguchi's expert pacing aligned a singular meditative serenity to the art of walking in his superb The Walking Man, so, in Travel, has Yuichi Yokoyama captured the vibrant intensity of going from point A to point B on the Bullet Train.  If ever there was a work that showed why rail is the new-millenium way to travel, this is it.  After you've put this book down, flying will seem positively passé and oh-so twentieth century.

You will go back to this book again and again trying to unlock its mysteries.  This work conveys movement through space in time via sequential images that alchemically distill the manner in which human consciousness is being reformatted by being enveloped in a landscape composed of ever increasing loads of information that must be processed at ever increasing rates of speed.  This is all the more amazing given that this work is text free and entirely imagematic.  It does, however, come equipped with an introduction by Paul Karasik and an appendix featuring commentary by Yokoyama himself.  Just say no the antidepressants and embrace Travel.  It will bring you up to speed, take you where you want to go and show you where you need to be.  Many thanks to PictureBox for bringing this amazing work to our shores! 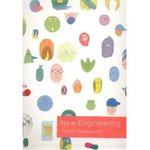