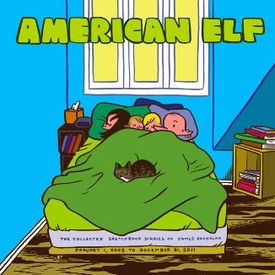 This volume involves an appropriate (planned?) double entendre in the number 4:  this is both the fourth volume in the series and contains four complete years of Kochalka's daily sketchbook diary strips that are published online as American Elf.  This volume contains the entirety of the years 2008 through 2011 – 1,461 strips in all!  No one captures the quotidian quite like Kochalka.  There's always a moment in a day that sums it up somehow.  Photographer, Henri Cartier-Bresson forged an æsthetic of "the decisive moment" in choosing the exact split second in which to open the shutter and capture the scene on film.  Cartoonist, James Kochalka reflects back on each day and chooses "the definitive moment" that sums it up. 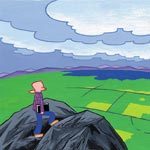