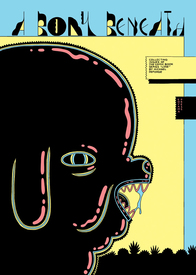 A Body Beneath collects DeForge's flagship title, Lose in a single, affordable volume designed with reading in mind.  The release of this volume marks another milestone in the establishment of DeForge at the forefront of contemporary comics, as with its release the bulk of his corpus is now easily available, in this and two other volumes – 2013's Very Casual, also from Koyama, and Ant Colony, a hardcover released earlier this year by Drawn and Quarterly.  To be sure, there are still plenty of obscurities out there that are worth hunting for, including recent anthology work in a variety of publications, three issues of Kid Mafia, The Boy in Question, Elizabeth of Canada (an Oily Comic) and, most notably, Lose #1, which DeForge declined to include in this collection. A note to collectors:  Considering his current popularity and status among the comics cognoscenti, combined with the fact that DeForge states in the introductory strip prepared for A Body Beneath that he began work on Lose #1 "right after" a failed (whew!) 2009 suicide attempt, it is almost assured that it won't be long before Lose #1 becomes one of the most sought after comic books around (in fact, we wouldn't be at all surprised to see a bootleg edition surface at some point...).  Others have written well on DeForge's work, so we direct readers intrigued to learn more about this artist to Rob Clough's 2011 piece in The Comics Journal, Sean Rogers writing on Ant Colony for The Globe and Mail, and James Romberger's insightful article in Publisher's Weekly (which  includes an engaging interview with DeForge).  And anyone so inspired can start digging into DeForge's world right now, over at What Things Do.

This item belongs to the categories: Collections, Copacetic Select, Small Press Comics
This item is part of the series: Lose
You may also enjoy these related titles: 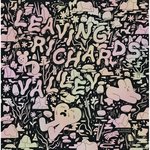